SAMESG Guideline is the recipient of the 2019 ISAR Honours Award

Media release on behalf of the South African Guideline for the reporting of environmental, social and governance parameters within the mining and oil and gas industries (SAMESG)

The SAMESG Committee is excited to announce that the SAMESG Guideline is the recipient of the 2019 United Nations Intergovernmental Working Group of Experts on International Standards of Accounting and Reporting (ISAR) Honours Award.

ISAR was established in 1982 by the United Nations Economic and Social Council. “ISAR reviews developments in the field of international reporting and promotes best practices for corporate governance. Within the context of Agenda 2030, ISAR contributes to the realization of the Sustainable Development Goals through enhanced transparency and sustainability standards for companies. The ISAR Honours initiative recognizes policy, institutional and capacity-building efforts of different stakeholders that encourage and assist enterprises to publish data on their contribution to the implementation of 2030 Agenda for Sustainable Development, and facilitate dissemination of good practices in this area” (https://isar.unctad.org/). 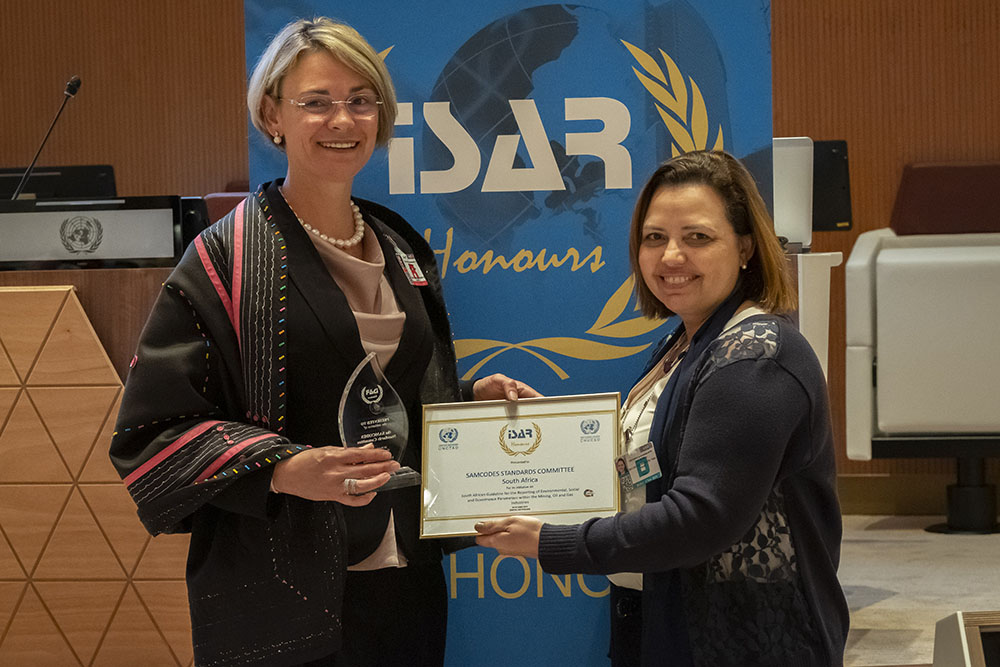 Now in its second year, the ISAR Honours 2019 attracted 33 entrants from around the world and SAMESG received the Award for an Outstanding National Initiative to Advance the Sustainable Development Goals. In a ceremony held in the Palais des Nations in Geneva, Switzerland on 30th October 2019 the SAMESG Committee Vice Chair, Anneli Botha received the award on behalf of the Committee. Anneli commented that “The development of the SAMESG guideline was seen as an imperative considering that resources companies listed on the Johannesburg Stock Exchange, at that time, were not subjected to a formalized standard for reporting on ESG matters and determining their impact on mineral project reserves, resources and valuations. SAMESG draws extensively on existing international best-practice ESG guidance such as Agenda 21, the UN Global Compact, Equator Principles, the World Bank and IFC, and GRI guidelines and standards to name but a few. This was done intentionally to reduce reporting burdens and ensure comprehensive identification of core Triple Bottom Line interest areas and critical reporting indicators”.

Chairperson, Teresa Steele-Schober, a founding member of the SAMESG committee, noted that “the SAMESG guideline was developed collaboratively under the mandate of the SAMCODES Standards Committee (SSC) on initiation by Professor Frederick Cawood, the then Chair of the SSC, and delivered collaboratively under the leadership of our former chair Sarah Magnus and vice chair Anneli Botha. The SAMESG would not have become a reality without guidance provided by Doctor Tania Marshall, Kelly Redman, Ken Lomberg, Roger Dixon, and Andy Clay. 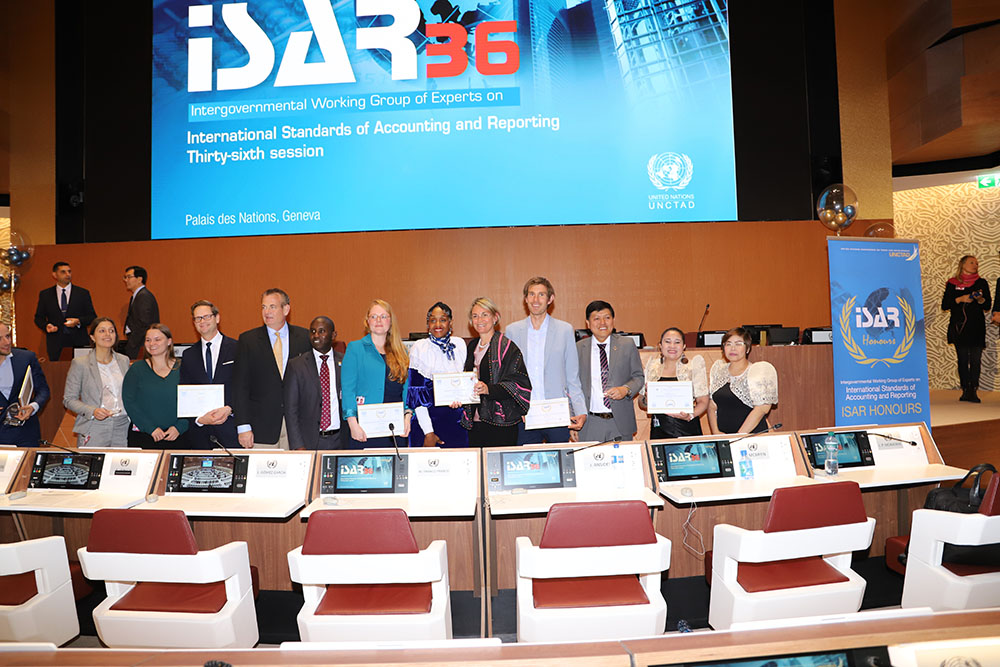 We believe that this guideline, when applied diligently, has the potential to significantly improve the quality of information made available to investors in and shareholders of mineral resources companies in respect of environmental, social and governance considerations. Additionally, the SAMESG facilitates these companies demonstrating their contribution to the achievement of the Sustainable Development Goals within their area of influence”.